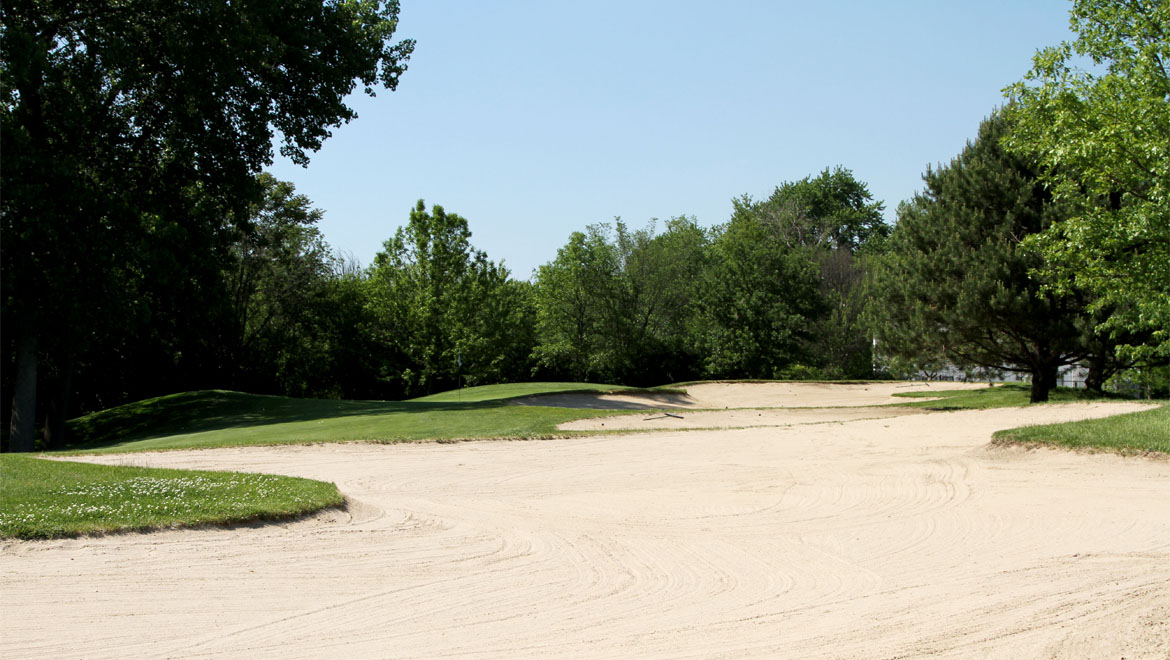 How to Play Out of a Fairway Bunker

Fairway bunkers tend to be one of the most misunderstood type of lies for most amateurs. When playing with a student I’ll often make sure we throw a ball into a fairway bunker just to make sure the concept is clear and fully understood.

The old stand-by thought when hitting out of a fairway bunker has been to "pick it clean" where a player tries to catch the ball with no sand behind or in front, essentially hitting a thin shot on purpose. If you’ve watched an expert player out of the same lie, however, you’ve seen a noticeable amount of sand get airborne. This is because the ideal type of strike in most fairway bunker situations is similar to striking a ball from the middle of the fairway: ball first contact paired with a downward strike and a club that enters the sand AFTER impact.

There are some easy ways to ensure you strike the ball cleanly and take a “divot” of sand after the ball.

1First, to accommodate the feet being dug into the sand, choking down about one-inch helps ensure a proper low-point for clean contact (this is also the reason clubbing up one club is important).

2Secondly, making sure to place the ball slightly behind the normal position in your stance will help accomplish a steeper angle of attack into impact, helping accomplish the same.

3Thirdly and most important, making an under-control, three-quarters type of backswing while keeping most of the pressure in the left foot will help shift the low-point of the swing more left, helping with the strike.

If well understood, hitting a solid shot from the fairway bunker is a fairly easily task. Just remember, choke down, ball back and weight left and you’ll be amazed at how simple it is to strike the ball first when in the sand!