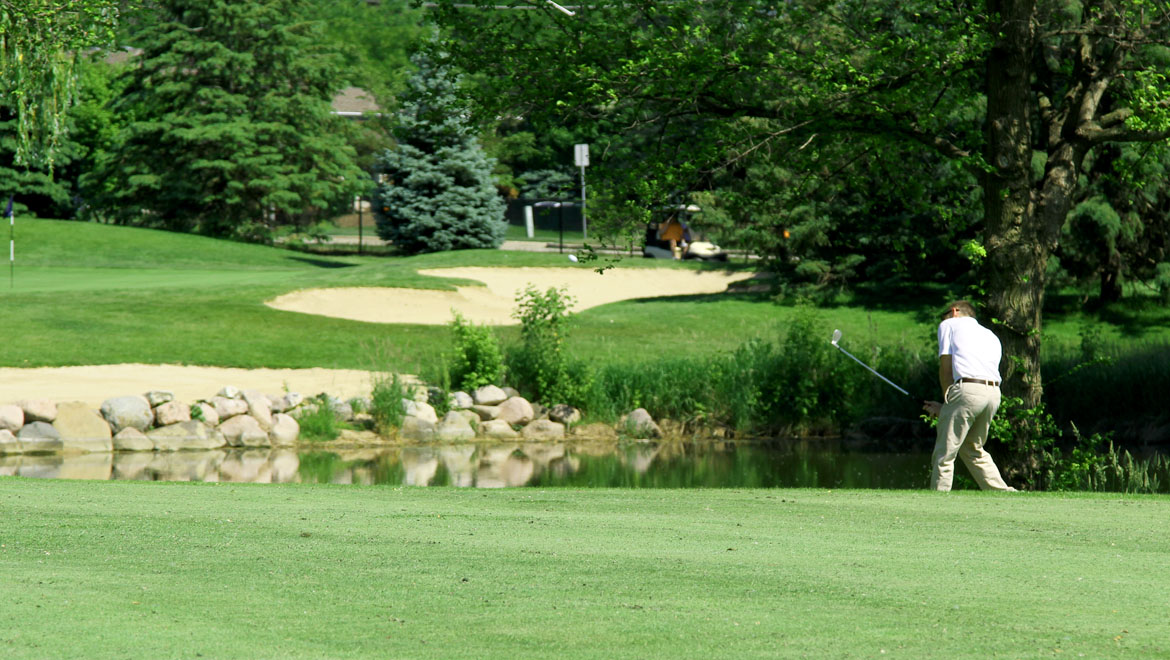 How To: Short Game Shots from Deep Rough

The greenside bunker shot has quickly become one of the most overly-complicated "simple" shots in golf. This is mostly due to a lack of knowledge about how the club should interact with the ground combined with amateurs trying to emulate professionals on TV.

It's important to understand that when you see a tour player set up with the face wide open, and his/her stance aimed very far left, they're playing a shot that's suited for the conditions they're playing in. Typically, a tour event is played on a course with very soft sand and bunkers that are filled to the brim with plenty of sand. As such, expert players benefit from exposing more bounce on the sole of their wedge by opening the face dramatically, helping to keep the club from entering the fluffy sand too much. Around here, however, this typically isn't necessary, as most of the bunkers you'll play out of have much less sand than those on tour and they tend to be firmer as well. This actually helps make the shot much easier than the shots you see the tour players playing.

Simply put, if you follow three easy rules, you should have no problem getting out of greenside bunkers with ease going forward.

1Sternum 2" behind the ball to start: When playing out of the bunker, the goal is to strike the sand about 2" before the ball. Aiming for that spot in space is incredibly difficult, but that spot almost always coincides with a point in space directly under your sternum. As you're setting up to the shot, pinch your wedge with two fingers and hold it in front of your sternum to plumb-bob the wedge down and make sure that point is about 2" behind the ball.

2Weight Left: If you start with the majority of your weight over your left side (and keep it there!) you will encourage a proper entry into the sand, helping to blast the ball out.

3Full Turn: It's incredibly important to create enough speed to ensure the ball gets out of the bunker every time – doing so means taking nearly a full swing (with full turn) on every shot out of the sand. If you've got a shorter shot, simply take a higher-lofted wedge and make the same full swing and the ball will launch higher and land shorter!