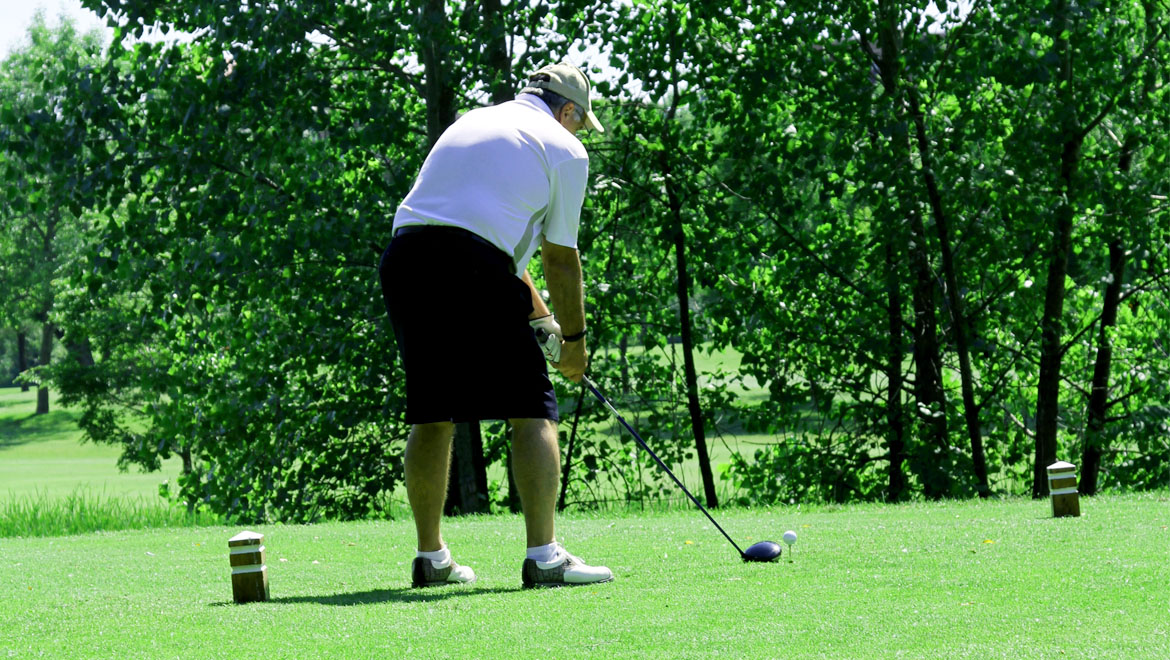 One of the most common complaints I hear from new students is an inconsistent starting direction, especially on the longer clubs. Getting the ball started in the right direction is as easy as returning the clubface to that angle at impact – be it a couple of degrees open if you'd like to start the ball right of your target and play a push-draw like most of the pros do, or right at the target if your goal is to hit a straight ball. While that may sound like a relatively easy task, it's one that most of us don't pay nearly enough attention to.

A great drill for learning how to control the clubface throughout the swing and especially at impact is called a "gateway drill."

A great drill for learning how to control the clubface throughout the swing and especially at impact is called a "gateway drill." My favorite version involves taking two (or even four) alignment sticks (I buy mine at a hardware store – just ask for snow plow sticks and you'll save a some money!). Setting them up to get your station just right is easy – simply set your range ball up and determine what target you'd like to hit. Take four paces out onto your target line and place the alignment sticks vertically into the ground about 8-12 inches apart on the line you'd like your ball to start. If your main focus is simply to make as many balls as possible start between the sticks you'll be amazed at how intuitive it is and how accurate you become in a short amount of time. Many expert players will use the same drill but place the sticks further away and closer together to increase the degree of difficulty – something that you can adjust as you improve and feel more confident.

Get good at hitting the gate more often than not and you'll certainly see more fairways and greens in regulation on the course!